Learning what it’s like to let go in mid-air, finding courage and confidence along the way.

I twist and turn my way up four sets of metal stairs. Breathless, I finally reach the roof. The sun hits my eyes, obscuring the blue sky momentarily. When my eyes adjust I see a man swinging back and forth from a narrow bar, the skyline of New York in the background. Muscular legs wrap around the bar, his arms and shoulder-length blonde hair hanging free. Finally I spy the sign: Trapeze School New York.

I stand next to my boyfriend. He is 29. I am turning 45. Today. When I told him I wanted to go on the trapeze for my birthday, I thought he’d pick me up afterward and take me to dinner. Instead, he wanted to come. Reluctantly, I let him. We’d already talked children (I’m too old, neither of us are interested) and managed late-night concerts (I went home at midnight, he at dawn). And yet, I was still afraid he didn’t realize what my age really meant. That I was at risk for osteoporosis and a host of older-age ailments. That I was solidly in my second act of life while he was still solidly in the first.

As we walk up to the net, I notice eight miniature figures bouncing in excitement. And I realize — we’ll be sharing the trapeze with an eight-year-old’s birthday party. I look at the mothers, snapping pictures of their daughters, sipping expensive coffee. With high heels, sparkly shirts and full makeup, it’s clear they’re not planning to swing from the trapeze, three stories in the air. They look happy to give the next generation a chance at adventure. All of the moms are much younger than me. I am the oldest here by at least a decade and nearly four decades older than my trapeze compatriots.

My brain buzzes with anxiety. Do I belong up in the air? What am I doing? This is a mistake.

In the past six months, before the trapeze act, I’d lost six family members, all over 65. The older generation was passing on. Soon, I’d be among the oldest in my family. I realized that if lucky, half my life was over. If unlucky, much more of it had already passed. The realization hit me like a fastball aimed squarely at my chest. I wasn’t ready to be middle aged. I wasn’t ready to be the oldest.

In the midst of all those endings, there was a new beginning. Finally, I found the one. His age the one speed bump for me in an otherwise blissful courtship.

I remember being 29. I could drink as much as I wanted, push my body to extremes and still, it would cooperate. I could make it do pretty much anything I wanted. Fifteen years and 10 extra pounds later, my body was putting up a resistance that would rival the French during the Revolution.

I’ve always been a late bloomer and have often lagged behind my peers. I hoped that dating a much younger man would reverse that feeling. And yet, it didn’t mask our physical differences. While my weight stayed stubbornly stuck through two cleanses and intense exercise, his magically dropped by adding an extra walk to his routine while stuffing himself with sandwiches and sour beer.

I once dated a man 10 years my senior with whom I felt young and inexperienced. I worried whether he could keep up with daring adventures like zip-lining or skydiving. Now I was the older one, the one who’d have to keep up. What if I couldn’t?

On the AstroTurf, the lead instructor Jamal readies us. “Put one hand on the imaginary bar in front of you. Now the other. Push your hips forward like they’re going to come out of their sockets. Good.” Then it’s time to head up.

This is it. The moment I’ll know if I have any vitality left, if I’m going to limp into my 50s and beyond. And, whether my relationship can withstand the trapeze.

My long blonde hair is corralled into two pigtails. The air is dense, warm, and moist. How I imagine it’d feel to be in the middle of a chocolate cake with a warm, gooey center. Grabbing the metal ladder warmed by the beaming sun, I begin my ascent up three-stories. Right hand grabs. Left foot lifts and reaches the step. Left hand reaches and grasps the next rung. Right foot finds the step. I repeat this maneuver over and over again until I reach the top of the platform. My heart pounds like a drummer is inside it. It’s six feet across and three feet wide. I inch my way over and clip into the harness. I turn my face up to the sun, a light breeze on my face. I look around. The new World Trade Center is directly in front of me, rising 1,776 feet in the air. My eyes fill with tears, my heart with hope. Suddenly I feel young and hopeful. There’s no room for fear on this ledge.

As I bring my left arm to grasp the bar, gravity takes hold. The bar is heavy. My hips jut forward ready to limbo with an invisible stick. I’m sure it’s going to pull me over the edge, send me crashing. The tension between my body and the bar is intense. I steady myself, calling on all my inner strength.

The moment prickles with anticipation.

I hop into the air, my legs swinging upward far into the cloudless sky, gaining momentum. Leaving the anxiety behind on the ground, I fly through the air hanging onto a bar with nothing tethering me to the earth but a rope and net to catch me.

This piece originally appeared on TueNight.com 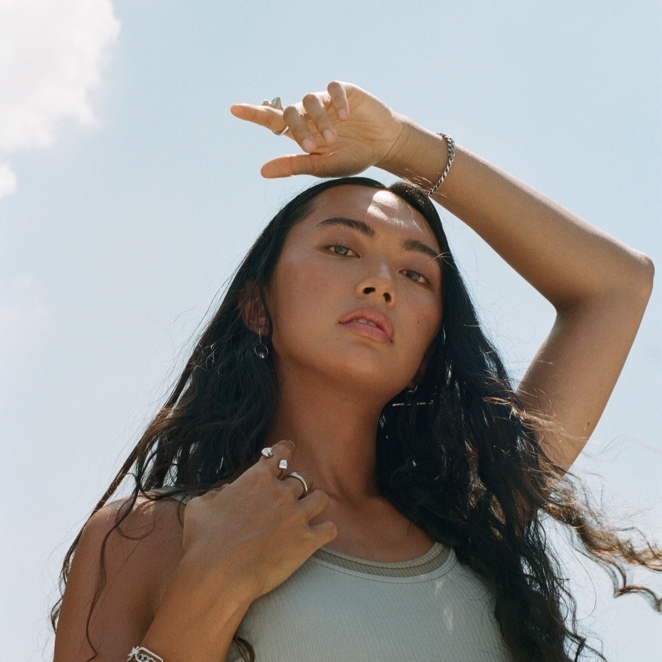 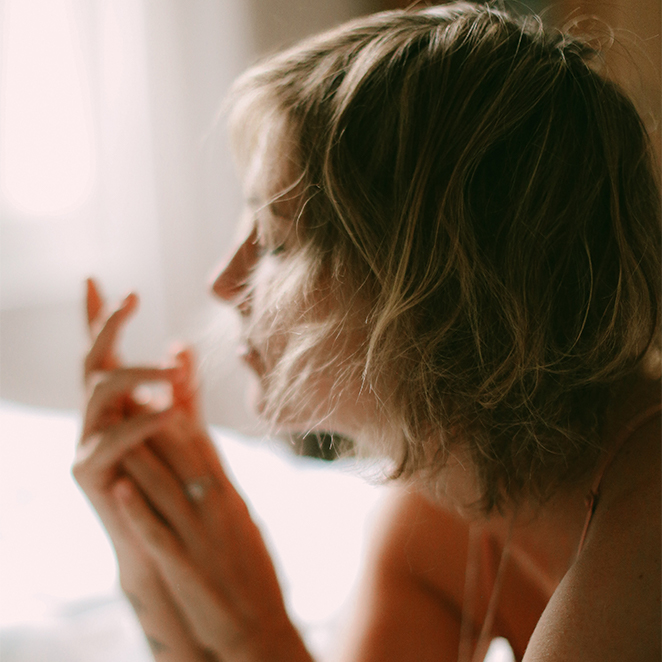 PERMISSION SLIP: NAP WHEN YOU NEED IT 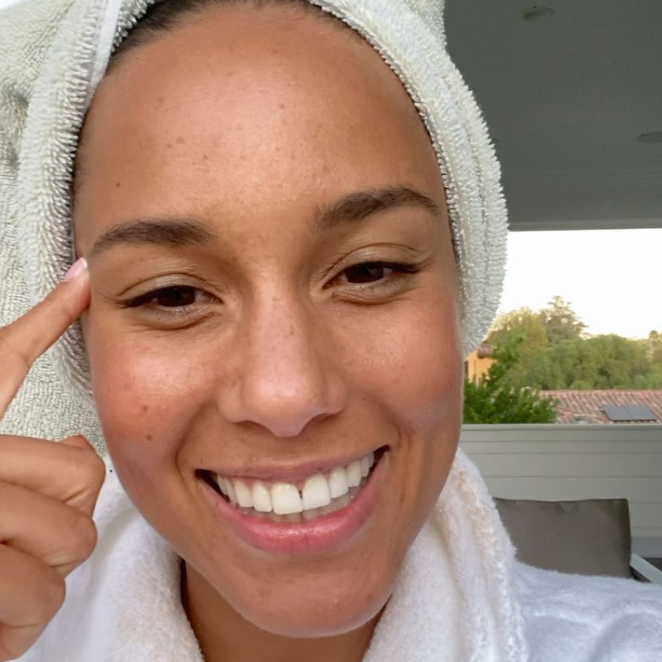 PIECE OF PEACE: MAKE AMENDS WITH YOUR INNER CRITIC 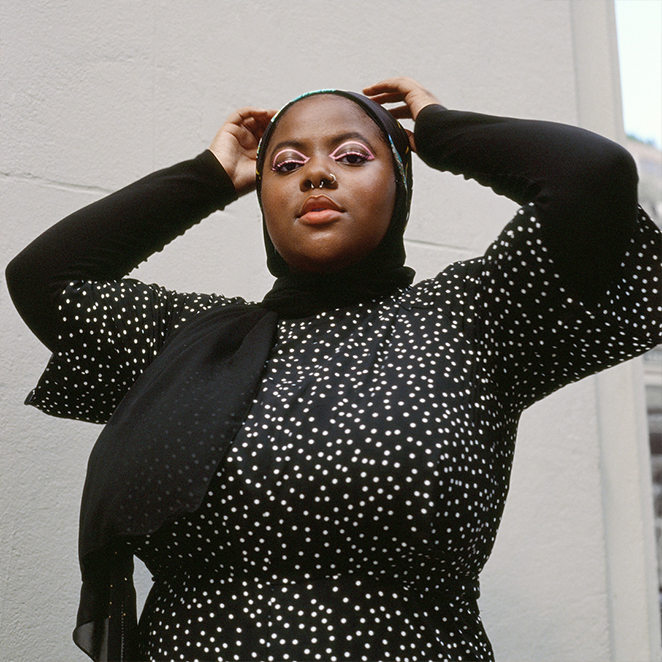 PIECE OF PEACE: YOUR VOICE IS YOUR VOTE 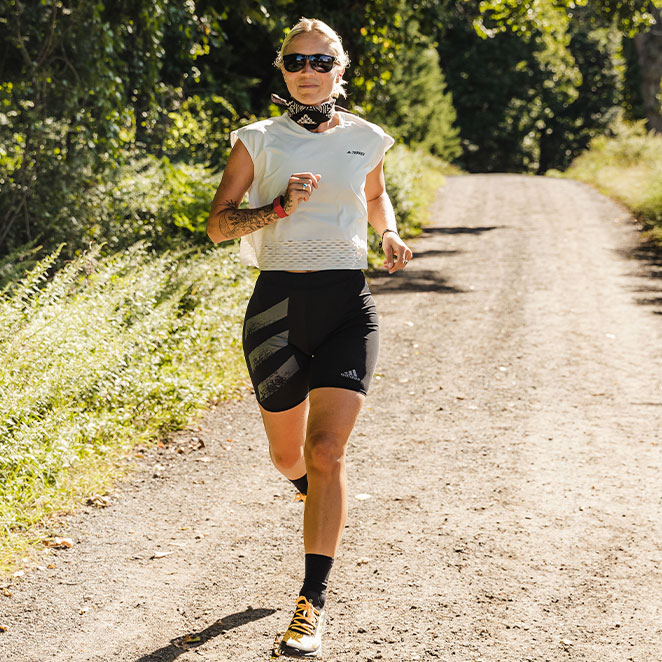