One writer shares her journey to her true, authentic self.

My name is Shruti; it’s pronounced [shru-thī], not [shroo-tee]. As a Sanskrit word, “Shruti” originates from the Vedas found in Hinduism meaning “lyrics” or “that which is heard.” As a name, “Shruti” is seen as canonical in Hindu texts, seen as revelations coupled with unquestionable truths.

When I think about my name now, I cherish the cultural context that goes along with it. But it’s been a long journey of accepting my own cultural identity that’s gotten me to this point. Now, I’m finally addressing something that I’ve been struggling with for quite some time.

Flashback to elementary school. Every year when the first day of school rolled around, a new set of teachers would take turns consistently interpreting my name as [shroo-tee]. I didn’t have the courage to correct them when all my peers already knew me as [shroo-tee]. The path of least resistance was to allow a mispronunciation that’s stuck for years to just keep on going. I had convinced myself that it was easier and, therefore, it must be the more natural way of saying my name.

And so, my habit of code-switching began.

Code-switching is “the holistic process of assessing a situation and presenting ourselves in the way that we deem most appropriate for the given context” according to Logan Browning, the lead actress in Dear White People. It means we silence a part of ourselves just so we don’t offend a majority of people, thereby making them more comfortable in our presence. It’s a habit that most minorities are familiar with and often fall back on without even noticing, myself included. I lived like a chameleon shifting my language, my tone of voice, my body gestures, and even modifying my name depending on the kinds of people I was surrounded by.

My friend Nikita (who goes by Niki because of the difficulty people often face pronouncing “-ita” properly) would often say to me, “At Kathak practice [when we’re surrounded by mainly Indian people], I call you by your real name [shru-thī], and at high school in front of your other friends, I call you by your white-washed name [shroo-tee].” Molding to my environment was great for the people I was with, but where would I draw the line for myself? I began thinking, who am I really?

We would laugh about this then, but when I think back to moments like these, there’s a lot to unpack. The code-switching took over and had become such a fundamental part of how I presented myself to others. It became an exhausting process that inhibited me from distinguishing my true sense of self and left me feeling inauthentic. How could I stay true to my identity when I wasn’t even consistent in the way I introduced my own name?

A lot of children born to immigrant parents carry the burden of explaining how to pronounce our ethnic names to everyone else.

I want to acknowledge that I am extremely privileged to have gone to school in an affluent area where there was a significant South Asian and middle-class immigrant population. There were a lot of kids I could relate to and I never felt ashamed of my ethnic name. But the same cannot be said for many other immigrant children, who face being constantly mocked and bullied for their accents or their “non-traditional” names. These struggles pressure many people to subscribe to being addressed by the Americanized versions of their names because they want to avoid these awkward first encounters altogether. They simply want to belong.

For a lot of ABCDs (American Born Confused Desis) and other children born to immigrant parents, we’ve been designated to carry the burden of explaining how to pronounce our ethnic names to everyone else, however difficult it might seem. It’s such a crazy concept that your name is something you’re given before you’ve reached any kind of consciousness — you haven’t assumed any sort of identity or been able to express who you are as a person yet. So what if you don’t identify with your birth name?

I mean, we frequently meet people who go by different names or nicknames than their birth names. But for some reason, I’ve found that for people with ethnic names (traditionally belonging to those who are first-generation American-born), we’re immediately shamed by our families if we want to go by a white-washed version of our name or a more common “American” name altogether. I’ve seen close friends get put down for not appreciating the cultural values associated with their birth names or not wanting to learn more about where it comes from.

But the reality is, not everyone may have the luxury to be in touch with their cultural roots. Or maybe they aren’t yet ready to address the fact that their name is getting mispronounced. Not everyone wants to teach English-speaking Americans how to enunciate sounds that don’t appear naturally in their vernacular. This kind of discomfort can oftentimes get in the way of children fully embracing the way their parents intended for their name to sound. But that doesn’t mean we are any less grateful for the sacrifices that our immigrant parents have made for us.

If you know me personally, you probably know that this has been a long time coming. But truth be told, it’s something I wasn’t at all cognizant of before this past year. I so often fell back on code-switching when introducing myself to new people that the mispronunciation became natural for me, and that’s something I’m not particularly proud of.

Besides, how could I expect people to completely change the way they’ve been saying my name after all this time of knowing me? It wasn’t until I saw comedian Hasan Minhaj take a stance on national television that something clicked inside me.

Ellen [DeGeneres] was visibly uncomfortable during this interaction, but Hasan led the conversation with humor and grace. He ultimately helped Ellen realize that she shouldn’t take it personally, but she should make the genuine effort of saying his name the way it was meant to be pronounced.

Quite frankly, I’ve always felt extremely confrontational for going out of my way to point out the pronunciation differences in my name — especially to the people who have always known me as [shroo-tee]. I didn’t want those who were close to me to receive my criticism negatively or think that it was entirely their fault for saying it “wrong.” For the majority of people in my life, I was the one who introduced myself as [shroo-tee].

I defaulted to white-washing my name even before I gave half the people who are close to me the opportunity to say [shru-thī]. I now see it as my responsibility to present my authentic self to others, so they can feel empowered to do the same.

It took me nearly 20 years to be ready to pronounce my name the correct way. And what I’m trying to say is, there is no “correct” way of expressing your identity — there is only the way that makes you feel comfortable and happy. For too long, I’ve put the comfort of others above what was best for me.

I’ve now learned to stand fully in my identity and my culture. For a lot of South Asians, our pride stems from our parents’ identity. I feel indebted to my parents for coming to this country and restarting their lives just so my sister and I would have more opportunities than they had. And that gratitude is reflected in how I choose to have my name pronounced from now on — and that’s [shru-thī]. 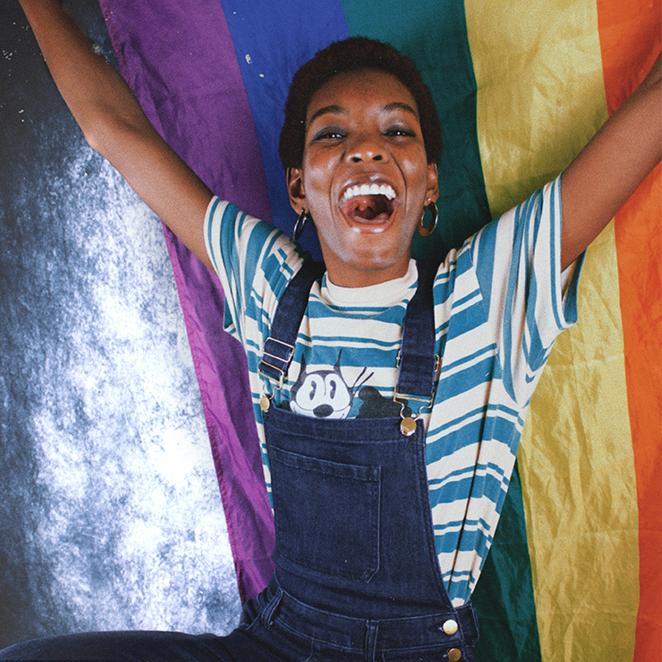 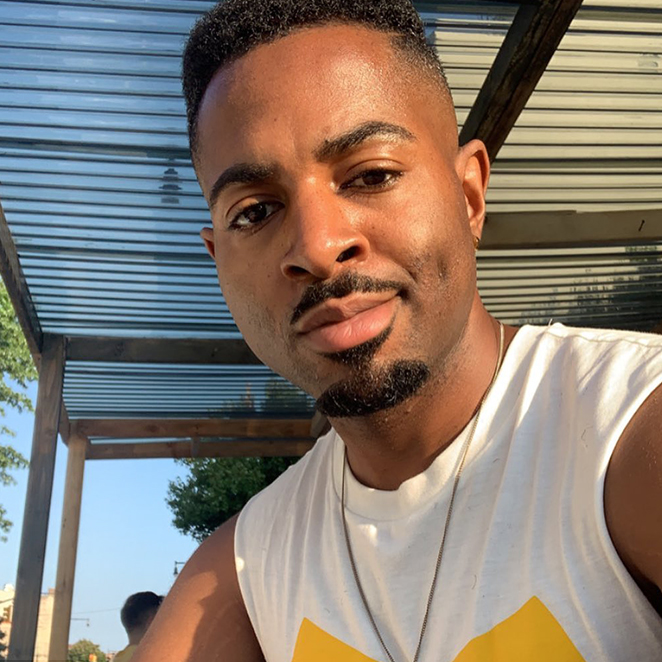 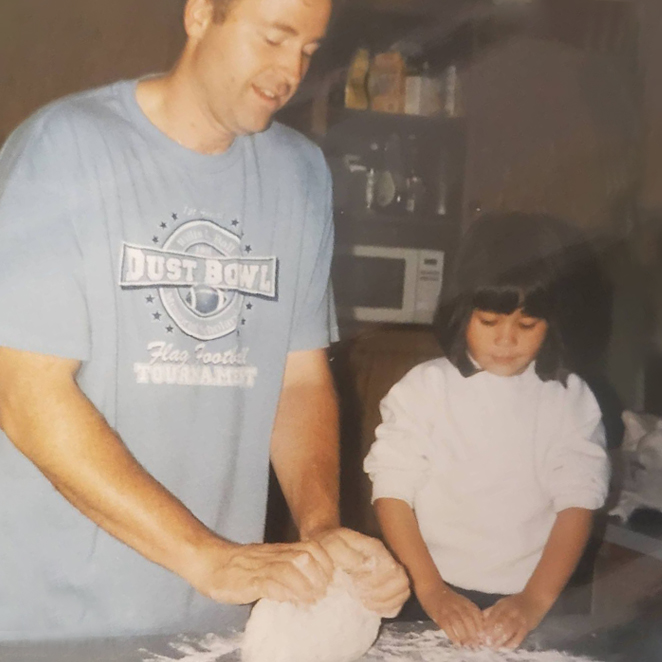 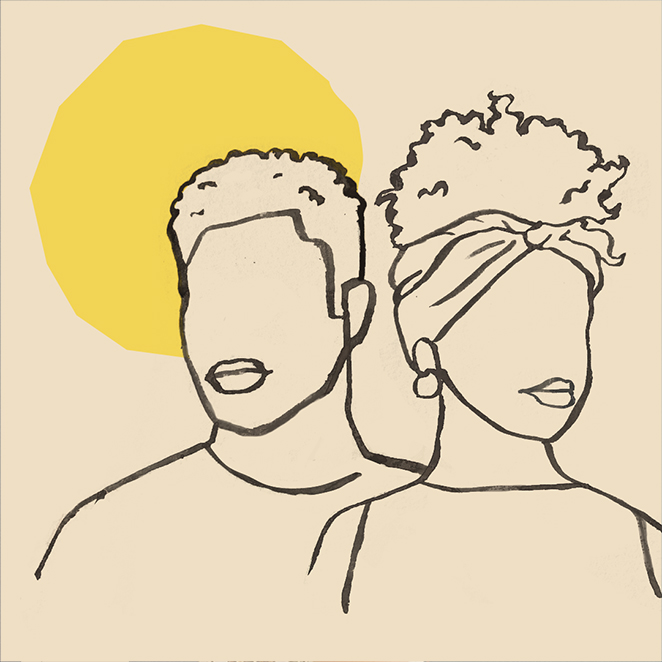 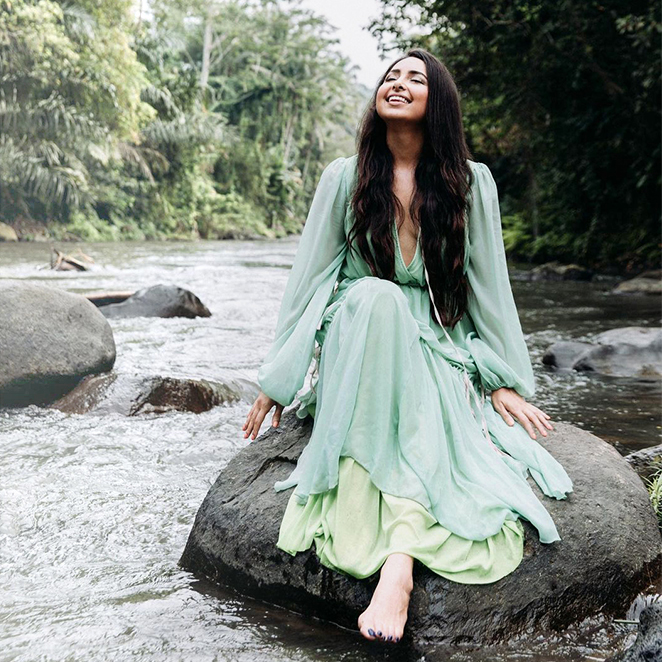 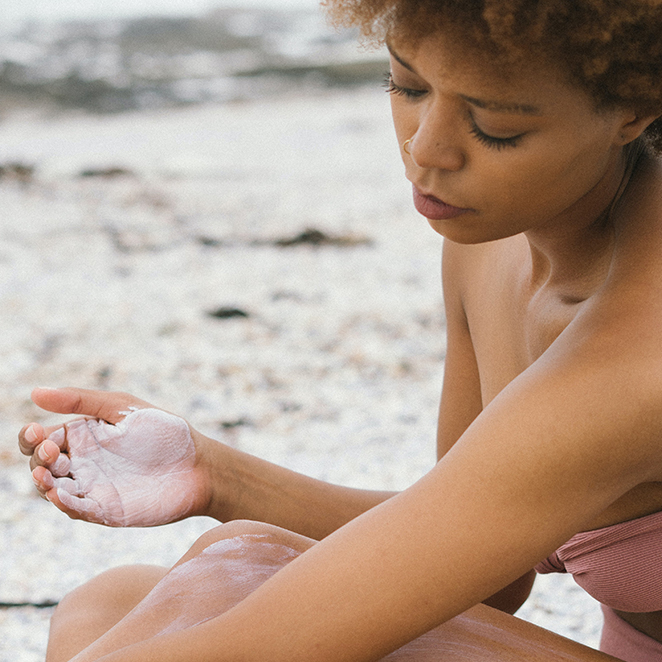 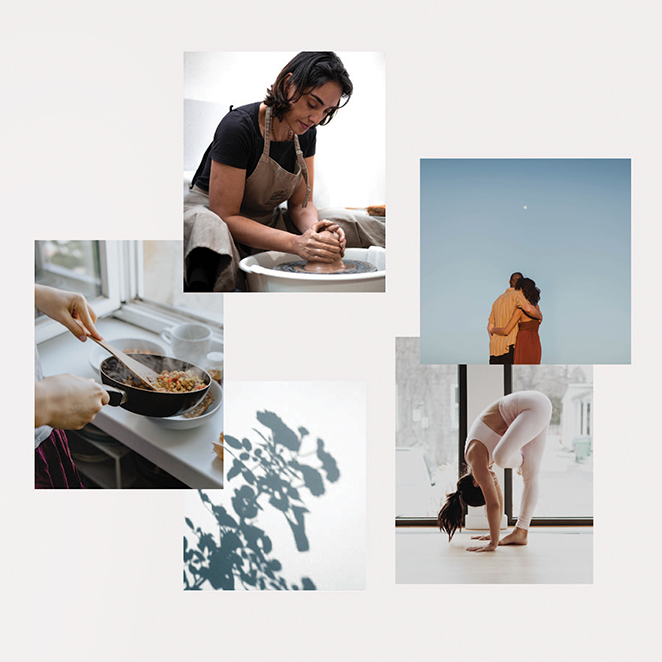